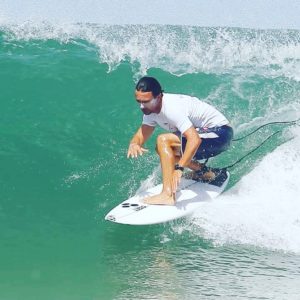 Yann Reux, from Britany, started his instructing career in 2002.

Yann sells his instructing and coaching experience for all levels, from beginners to experienced having always in mind your pleasure and security in mind, giving you the best tips and exercises for your progression.

WannaSurfBetter started in 2011 as a coaching service for kids from the area, Yann also worked as a coach for the well known CapBreton surf club. Worked beside this as a surf instructor for the Contis surf school every summer for 12 years.

The WannaSurfBetter project was finalized with the creation of our summer school in Lit et Mixe and it’s beautiful wild beach of Cap de L’homy.